Cedar siding is a popular choice, used often in contemporary home design for its rustic, woodsy charm. And while naturally extant compounds work to deter hungry bugs and resist all that fungi eager to let rot get in its mushy foothold, that handsome, bucolic façade still needs a little TLC every few years or so. 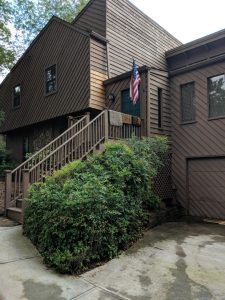 This was the case with 2HIRE.US friend and investor Murray Kurtzburg’s home just recently when he and his wife noticed some trouble with a few boards of their western red cedar siding. Having lived in the house for twenty-three years, much as they appreciate the cedar siding benefits and attractive look, the need for a touch-up every five or six years (especially on the back of the house, which receives the most direct sunlight) is a recognized and expected occurrence. This time it wasn’t the sun but the rain spelling bad news. With no roof overhang working to redirect it, rainwater had cascaded down and off each board onto the middle of the next, inevitably damaging the wood and reducing it to a relatively soft, crumbling mess. The weaker knots in the wood decayed more quickly, falling out and leaving a pitted flaw in their place – a not-so-complimentary complement to the additional gouges left by a busy and inconsiderate neighborhood woodpecker.

To see exactly what needed to be done, Brittany Kelchner and Chris Wingard headed out to Mr. Kurtzburg’s home. Following a revealing bout of pressure washing, a service we offer at 2HIRE.US, they were able to discern there was no call for a complete overhaul, which would involve the entire side of the house being redone. This meant their two-man crew was more than perfect for this “patchwork” project. Taking the team an expedient yet painstakingly thorough two and a half days, they searched out and removed all signs of rot, repaired and sealed every bit of damage – making sure to reassess before, during, and after the project was complete.

Albeit pleasantly charming to the eye and naturally embedded with beneficial qualities (like that famished bug dissuasion I mentioned before and superb thermal insulation being another), beveled red western cedar siding comes with some complicating factors, despite being popular and widely appreciated. Not only can resilience be limited in the face of elemental forces, but it is also more difficult in use than hardened plank; whatever the case, cedar was required to maintain the same texture along the home’s exterior.

Well, as they often do, a few more problems came up. Unfortunately, whoever had originally put up the siding made a few missteps, entailing a little extra attention. After meticulously approaching and executing installation Chris noticed something utterly lame: he was able to pull boards he’d just installed straight off! The other guys had messed up and there was literally nothing there for the nails to grip! Not to worry: Diligence, a patient mind, and a few extra nails helped wrap this up expertly.  Completing the new siding was an undertaking, for sure. The cedar board had to be slid up beneath the one above it, thus preventing water seepage and worse, making sure to keep the roughened side facing outward while maintaining the other segment in place, a handsome puzzle. As we do, the crew was able to finish up each task skillfully, ending with a neat and fine paint job.

Now, every project varies from one detail to the next, with differing requirements of labor, time spent, cost and materials necessitated. For Murray Kurtzburg’s home, this entailed the purchasing of red western cedar siding from Home Depot, priced around $100 each for a total of six beveled 11/16” by 8” by 144” (or 12’) boards.  This cost a little more than $600 in all. We also were happy to provide clean-up and garbage removal, a service which includes piling up and hauling off oddments large and small from the worksite, and starts at $200 for most projects.

Part of what I’ve elected to do when I write these posts is ask whether the people we’re working for are happy – not just satisfied – with our work. Mr. Keith Kelchner, Founder and CEO of 2HIRE.US, and Brittany Kelchner, his daughter and second-in-command around here, didn’t ask me to do this, though they obviously hold customer satisfaction in the highest esteem. If they didn’t, we’d hardly be so insistent on guaranteeing our work! That said, I ask the question of the people who’ve hired us and let us into their homes because I care, too. I’ve got to mention, when I asked Murray if he was pleased with the work we did on his home I was just tickled to hear he couldn’t have asked for or found better. I really wanted to mention that to you.

Anyway, thanks again for reading this latest post – we really hope you’ll continue to enjoy our blog and follow along as we talk about who we are and what we’re proud to do here at 2HIRE.US. See you soon!

During and After Photos: 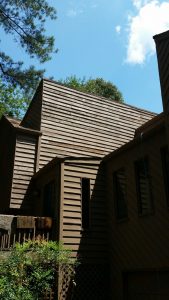 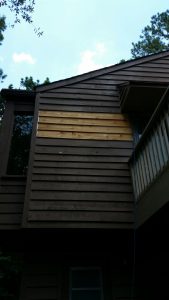 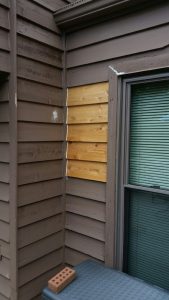 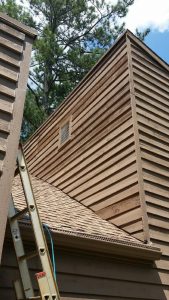 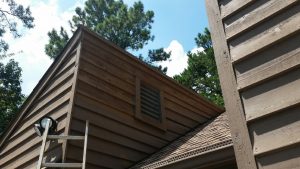 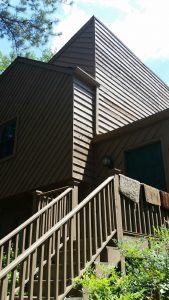 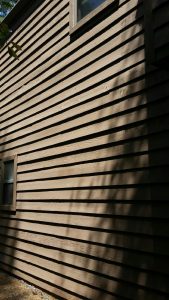 As the writer for the 2HIRE.US blog, I thought that in between writing about projects we’re working on, it would be a good idea – an interesting idea – to write about some of our own people. You know, as a way of letting everyone get a glance at who we are as well as what we do. That’s why I started interviewing and writing questions for us to answer in a kind of biography blog.

When I met Matt, he was wearing a tie-dyed shirt in a coffee house in Ellijay, up in the mountains of northern Georgia. Matt came to work here at 2HIRE.US a little while ago, after making friends with Brittany Kelchner at a similar establishment, a tiny local eatery. Brittany had been looking up places to go, things to do around her new homeplace; Matt, overhearing, ventured whether she was a tourist, pleased to offer advice. Considering his avid enthusiasm for the outdoors – swimming, hiking, you-name-it – he was a happy informant for the local spots.

Following an Honorable Discharge from the United States Marine Corps with experience as an avionics technician, he moved to Ellijay to be with family; his mother had moved so in order to take care of her aging parents some years before.

When I asked Matt some simplistic and obvious questions (e.g. “in three words, how would you describe yourself”), his answers were surprising. Though a self-described “hippy,” Matt is looking to graduate from Dalton State College with a Bachelor of Arts in Communications, later to apply to graduate school. He wants to achieve a Master’s Degree in criminal justice.

His Communications degree serves him well, as he prides himself on his ability to manage conflict. Matt brings an exceptionally well-rounded aspect to our company, in that he, too, has construction experience. Having lived in several states and worked as a finish carpenter for over five years, he’s good at what he knows and what he does.

Upon inquiring about an estimate or hiring us for your construction project, you will be in touch with this amazing young man as he is pleased to work for 2HIRE.US.